Secretary of State for Housing, Communities and Local Government launches consultation on unitary proposal and announces postponement of elections 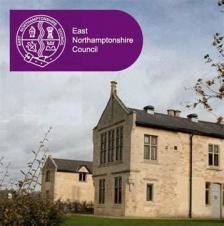 Secretary of State for Housing, Communities and Local Government launches consultation on unitary proposal and announces postponement of elections

Consultation by the Secretary of State (SoS) over plans to restructure local government in Northamptonshire which could include two unitary authorities has started today.

The Government consultation has launched following proposals submitted by Northamptonshire councils back in August 2018.

The consultation period will run for eight weeks until 25 January 2019 and is available online at https://www.gov.uk/government/consultations/the-proposed-reorganisation-of-local-government-in-northamptonshire Paper copies will also be available shortly in public offices and buildings of all the Northamptonshire councils.

Mr Brokenshire has also announced today that following a request from the eight Northamptonshire councils, he will be postponing district and parish elections that were due to be held in May 2019 until May 2020. Should he decide to implement the proposal of two unitary authorities, it would have meant district and parish councillors serving only one year before unitary authority elections would be held in 2020. He explains: "Elections in such circumstances risk confusing voters and would involve significant costs that would be hard to justify…Accordingly, I have concluded that irrespective of whatever my future decision might be on the restructuring proposal, the right course is to postpone these elections."

Leader of East Northamptonshire Council, Steven North, adds: "We're pleased that the consultation has started and hope that all involved take the opportunity to have their say on this important proposal.

"We welcome this further consultation by the SoS into the proposal we submitted and look forward to hearing the response in spring 2019.

"We also very much welcome the postponement of the elections. We agree with the Secretary of State and the lead inspector at NCC when they say that it would be wrong for councils to pick up election costs for just one year of service when it's possible there will be unitary elections in 2020. As well as the cost saving, this also allows us more time to focus on the process of setting up a shadow authority and delivering on the proposals for Northamptonshire."

For more information on this press release email communications@east-northamptonshire.gov.uk or call 01832 742217.